The Little Prince at The Spare Parts Puppet Theatre

The Little Prince was playing at The Spare Parts Puppet Theatre, and my 11 year old son, Everest, and I were excited to attend.  It was our third time to a Spare Parts production, so we knew to expect a captivating hour of interesting props, performers, and puppets.  This time we chose a spot in the very front row. 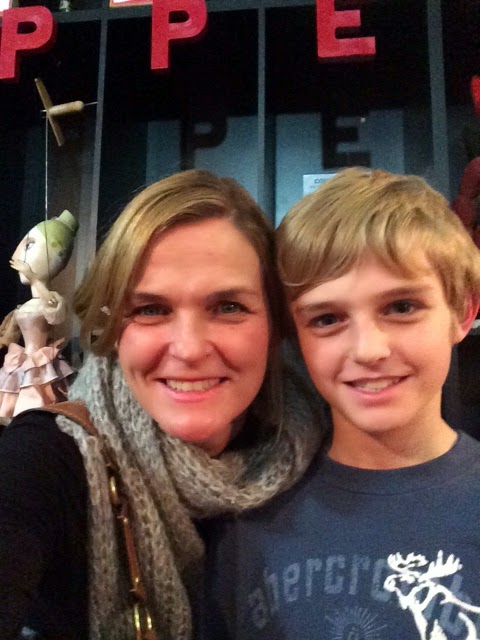 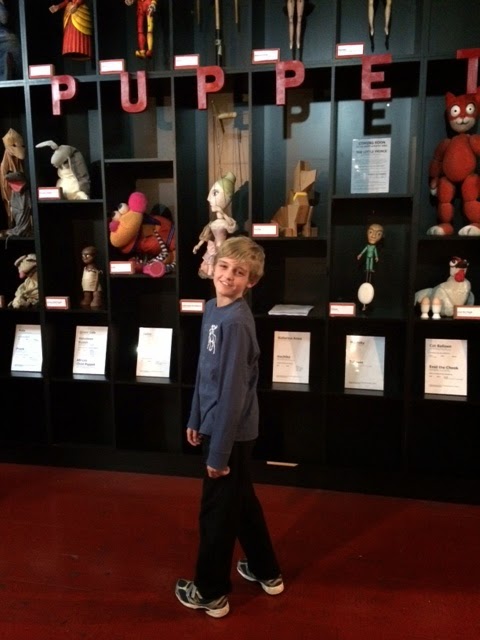 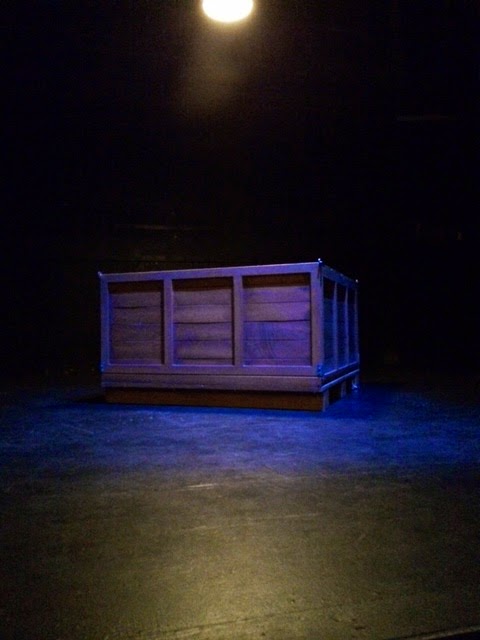 As we waited for the show to start, all that was on stage was a big, wooden box that looked like a packing crate.  Just a box in the center of the stage invited curiosity and anticipation for us as we wondered what could be inside.

The show began with the two performers, a man and a woman, moving more boxes onto the stage. This created even more curiosity as the audience wanted to know what was inside. Coincidentally, so did the two characters that moved the boxes in. Especially the woman.  She couldn't help herself, and opened one of the boxes.  Inside, she found the Little Prince!

The scenes flip flopped between the two characters moving the boxes, and the story of The Little Prince. Each time the movers moved a crate and opened it, another scene from the story unfolded.

The way the scenes popped out of the moving crates was absolutely amazing!  The boxes transformed into the different scenes as the Little Prince journeyed through the Sahara searching for the meaning of true friendship and matters of the heart. 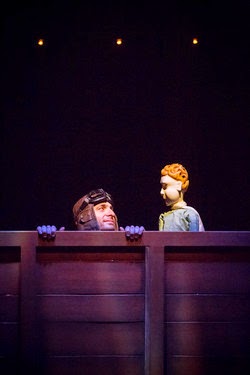 Among the characters The Little Prince met on his journey were a stranded pilot, a quirky king, a playful fox, and a deadly snake. The Little Prince learned a little knowledge from each of them, although not all of them gave the best advice. The grown-ups especially had some pretty silly ideas about what really mattered in life.


The story of The Little Prince has been around for more than 70 years, and has quite a deep meaning.  I'm not positive my son grasped the underlying theme of the story, but it surely gave us something to discuss and ponder.  Certainly one of the reasons I bring him to the theatre in the first place... to give him a meaningful experience that will stay in his mind perhaps forever. 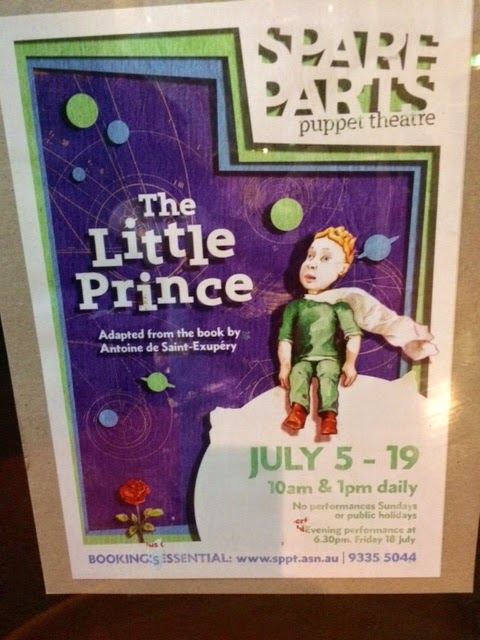 The Little Prince is playing at The Spare Parts Puppet Theatre July 5-19.  The theatre is located at 1 Short Street, Fremantle, just opposite the train station.

Bookings are essential by visiting www.sppt.asn.au or telephone 9335 5044.

Suitable for all ages, but perfect for ages 4-12.

Showtimes:
10am & 1pm daily
Evening performance at 6:30, July 18.
No performances on Sundays or public holidays.

Hi I found your site by mistake when i was searching yahoo for this acne issue, I must say your site is really helpful I also love the design, its amazing!. I don’t have the time at the moment to fully read your site but I have bookmarked it and also add your RSS feeds. I will be back in a day or two. thanks for a great site.
freze yedek parçaları