Visiting the New Orangutan Boardwalk at the Perth Zoo

The kids and I went to Jungle School today at the Perth Zoo.  We wanted to check out the all new Orangutan Boardwalk that officially opened April 13, 2014. 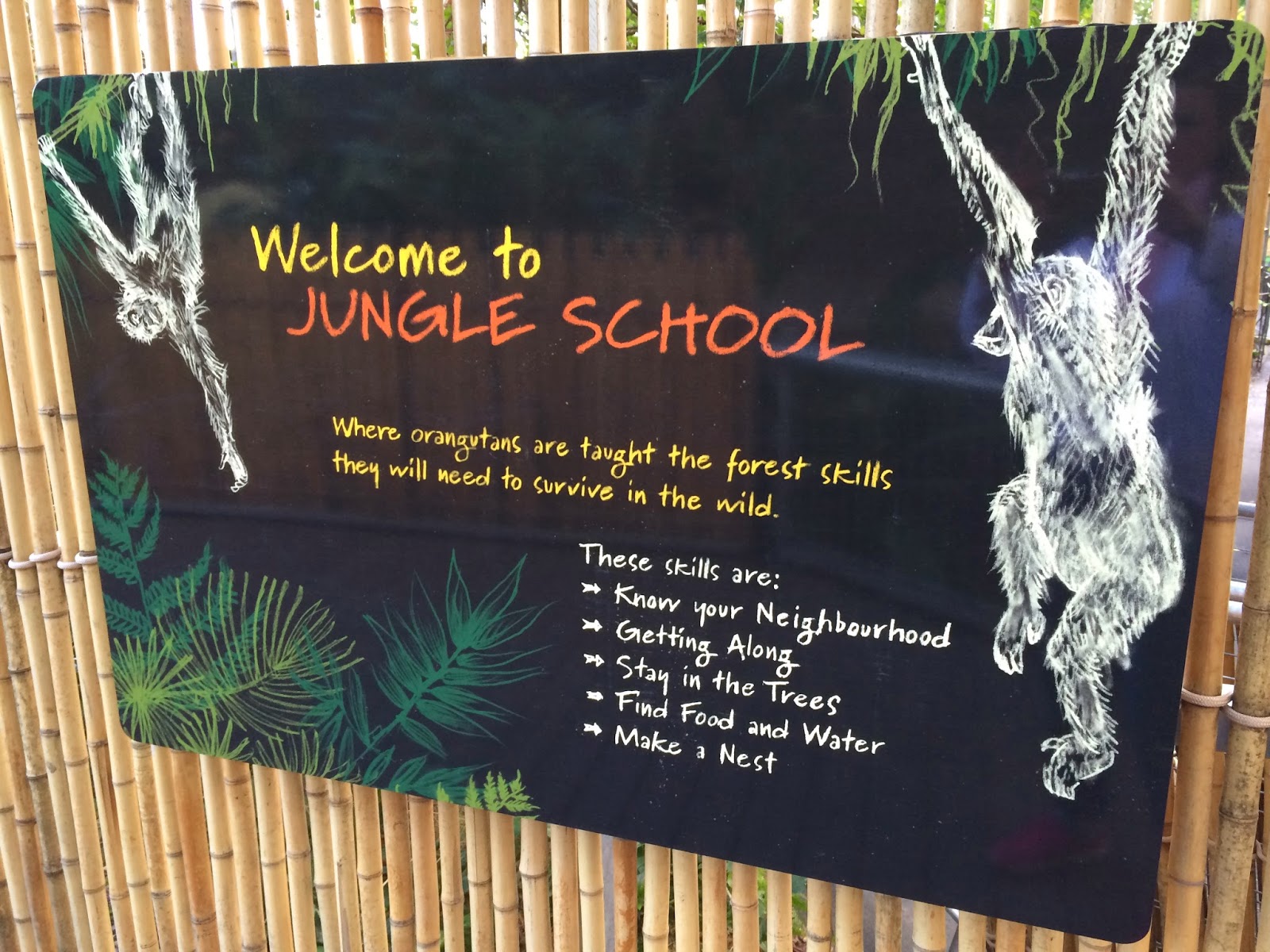 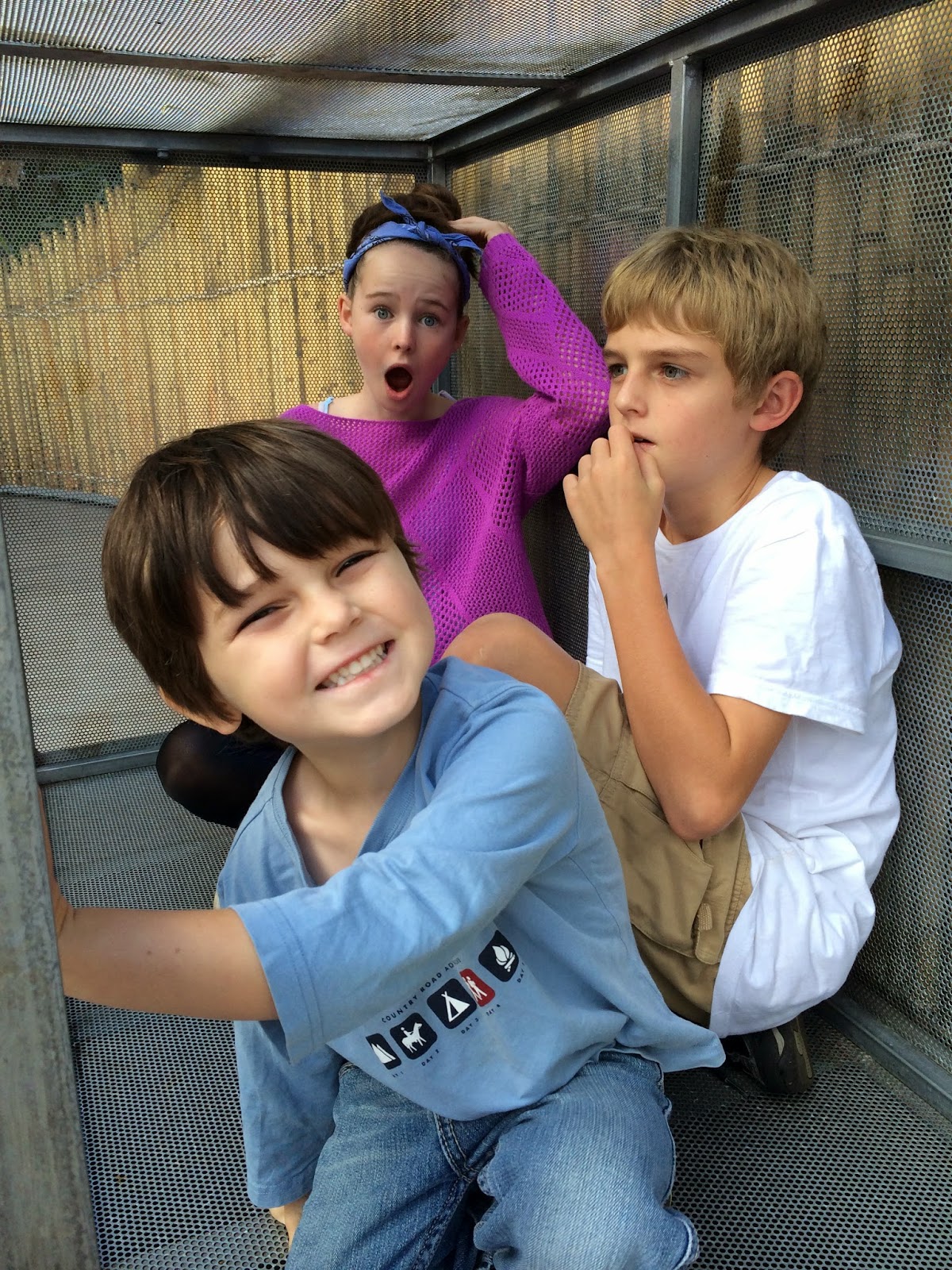 Jungle School was an interactive experience that taught us what it takes for an orangutan to be released back into the wild.

Here are the Five things an Orangutan must learn at Jungle School:


According to the Perth Zoo website, a number of the young orangutans from the zoo will potentially be released into the Sumatran jungle one day... so Jungle School is a real necessity for them! 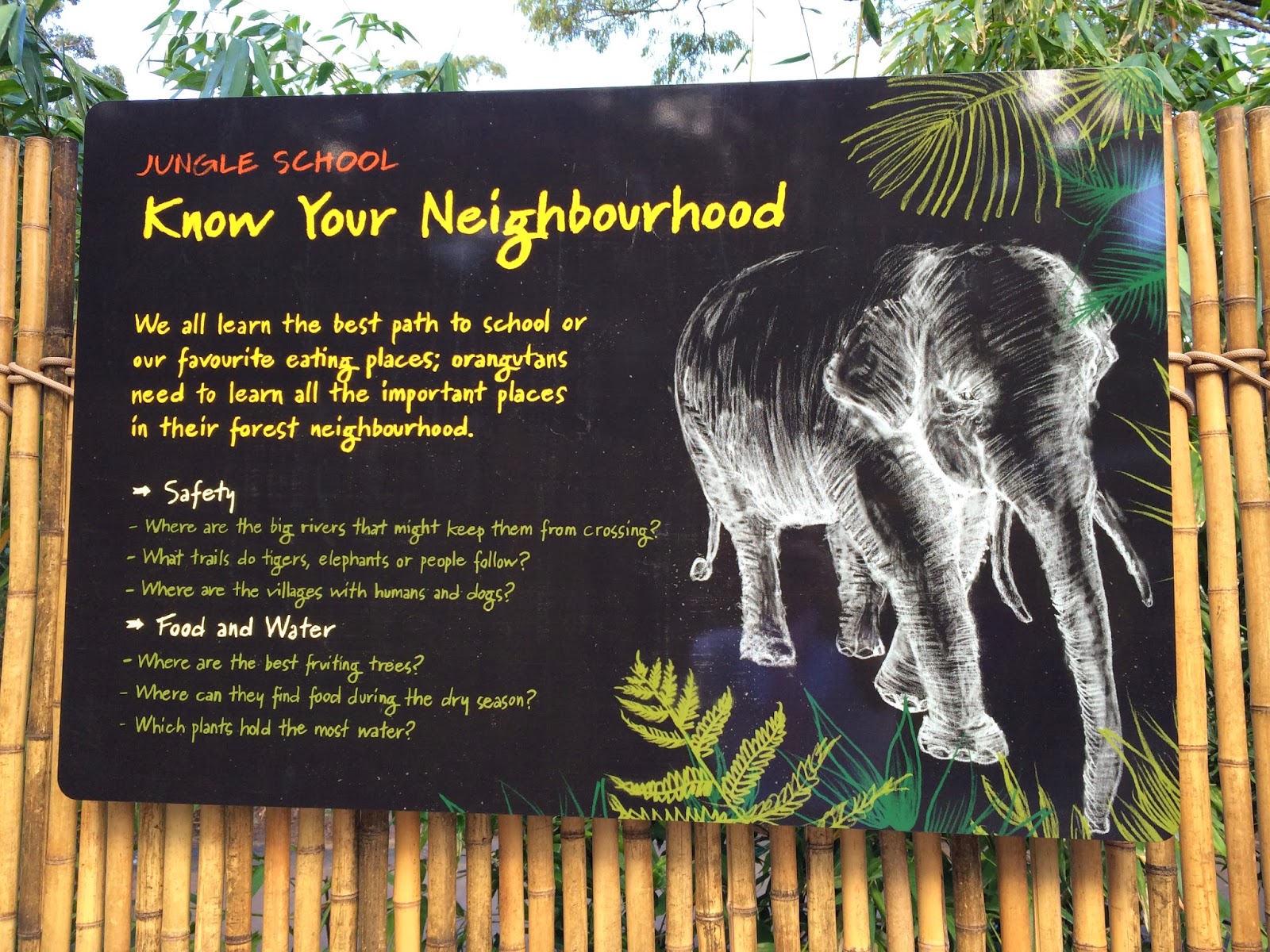 While exploring the new exhibit, my kids were able to go inside replica's of the orangutans tower-top pods, climb ropes similar to the primates, and measure up their hands and feet in comparison to the orangutans. 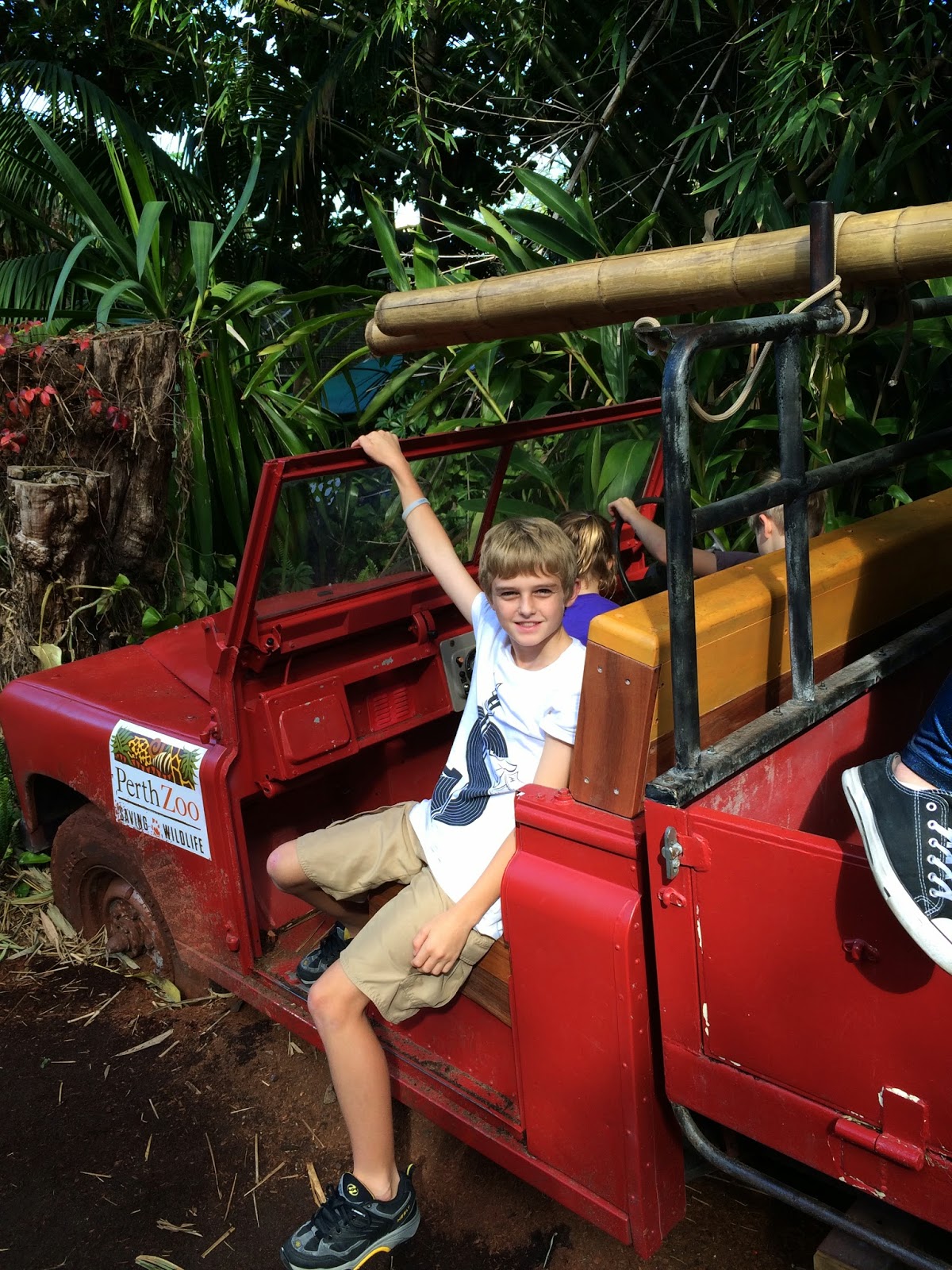 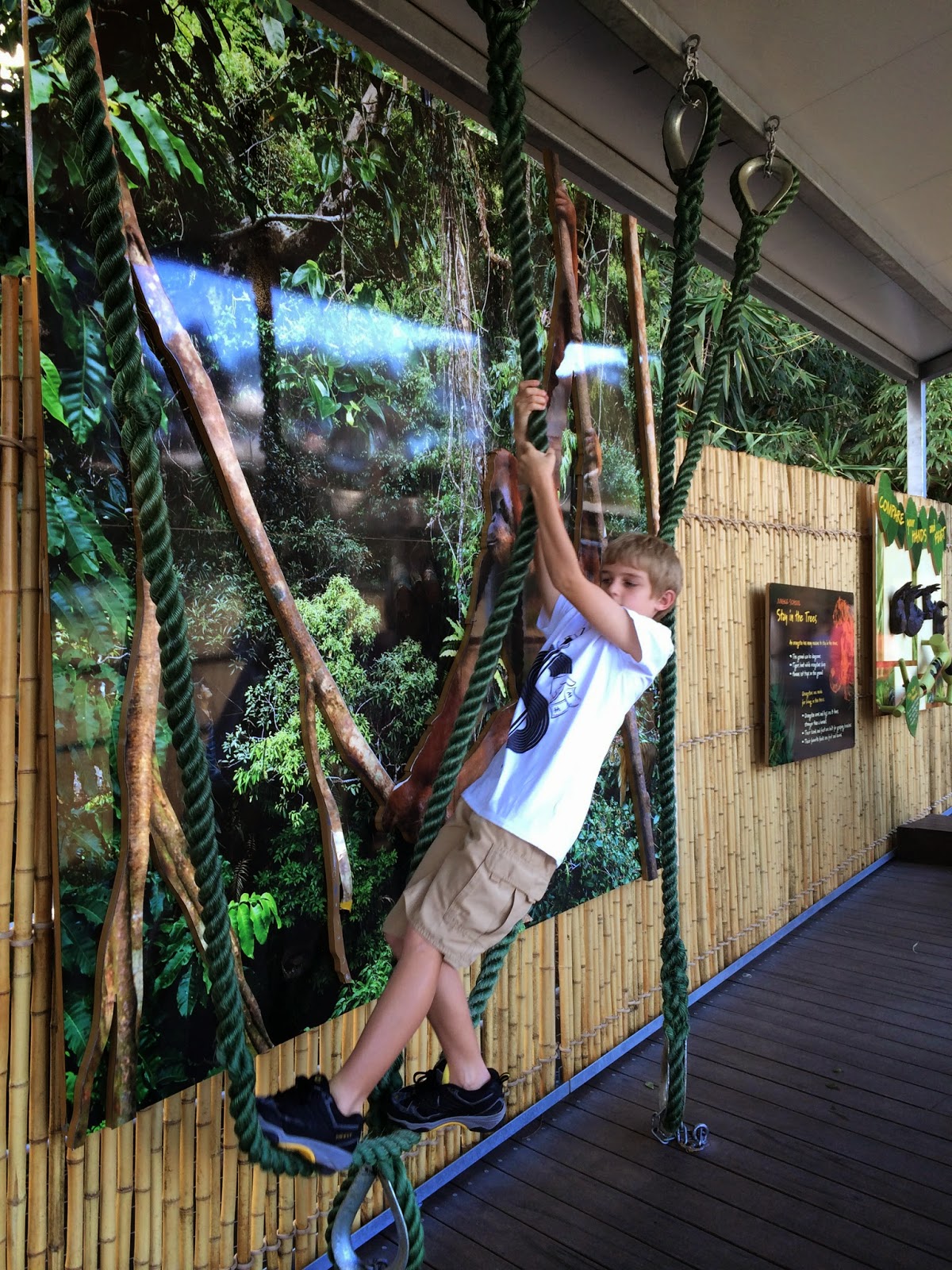 It was also interesting to learn that Palm Oil is the big reason the orangutans are rapidly becoming extinct in the wild, and that the orangutan's rainforest habitat is in grave danger.


Keeping rainforest conservation in mind, the new Jungle School exhibit and habitat was made with recycled material including recycled plastic and even the jarrah wood that the previous orangutan display was made from. 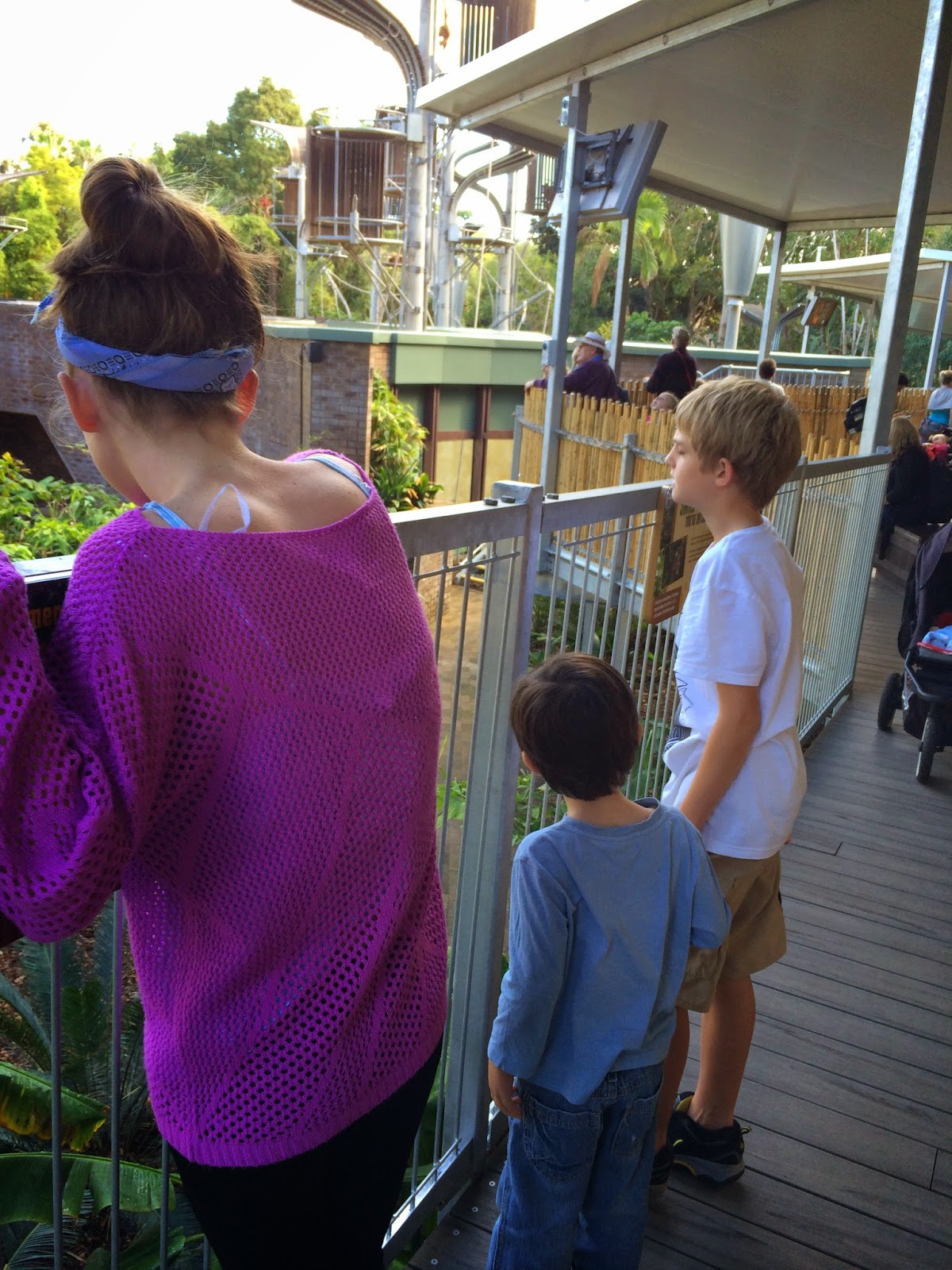 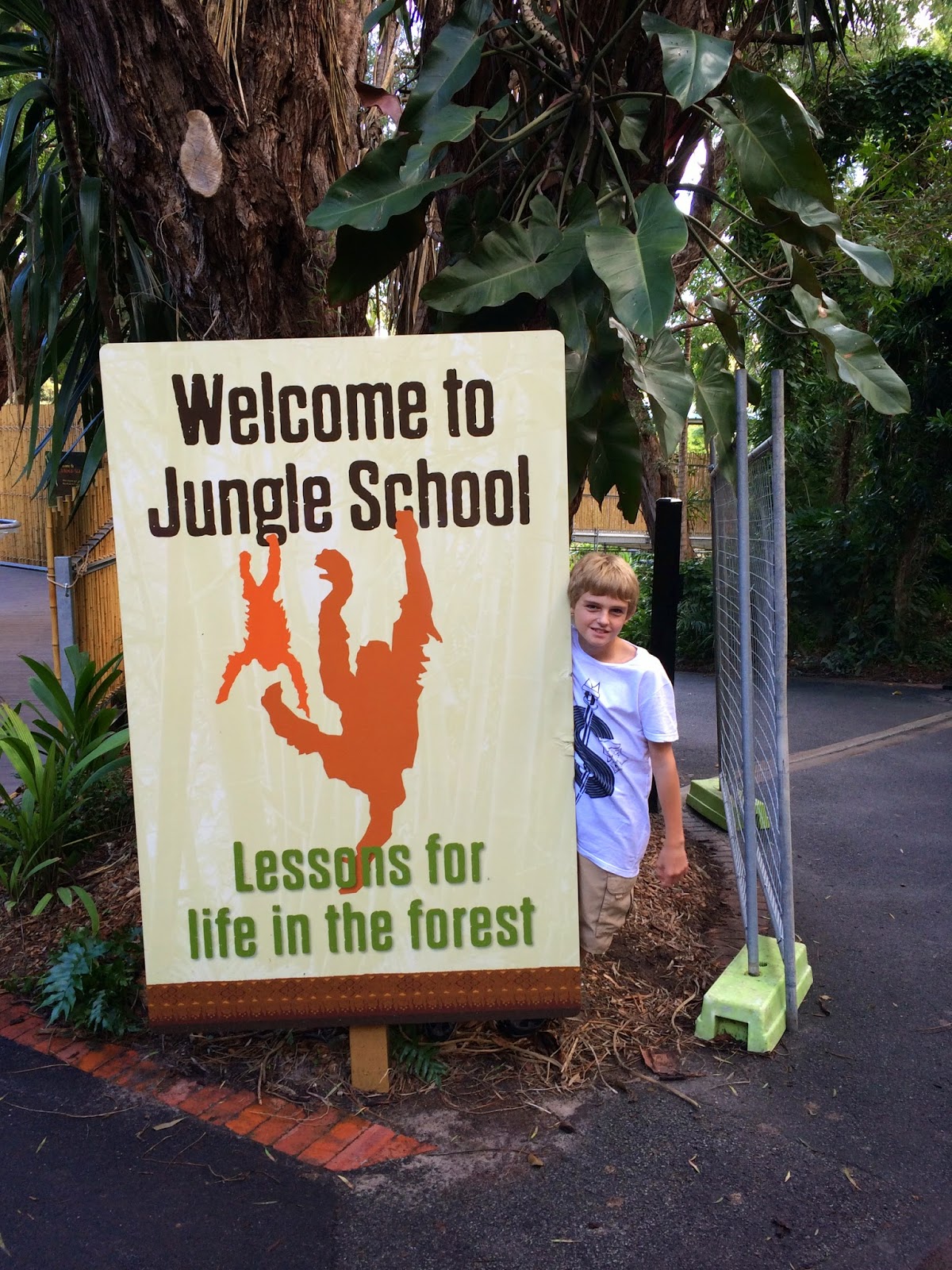 The $3.6 million project features misting, sounds, and over 2000 new plants to reflect the smells, sights, and sounds of the rainforest.

We had a great time observing the orangutans in their new exhibit.  They were quite active playing, swinging and climbing.  The baby orangutans were especially fun to watch!  They stayed close to their mother's and followed their every move.  It was easy to fall in love with these little hairy primates! 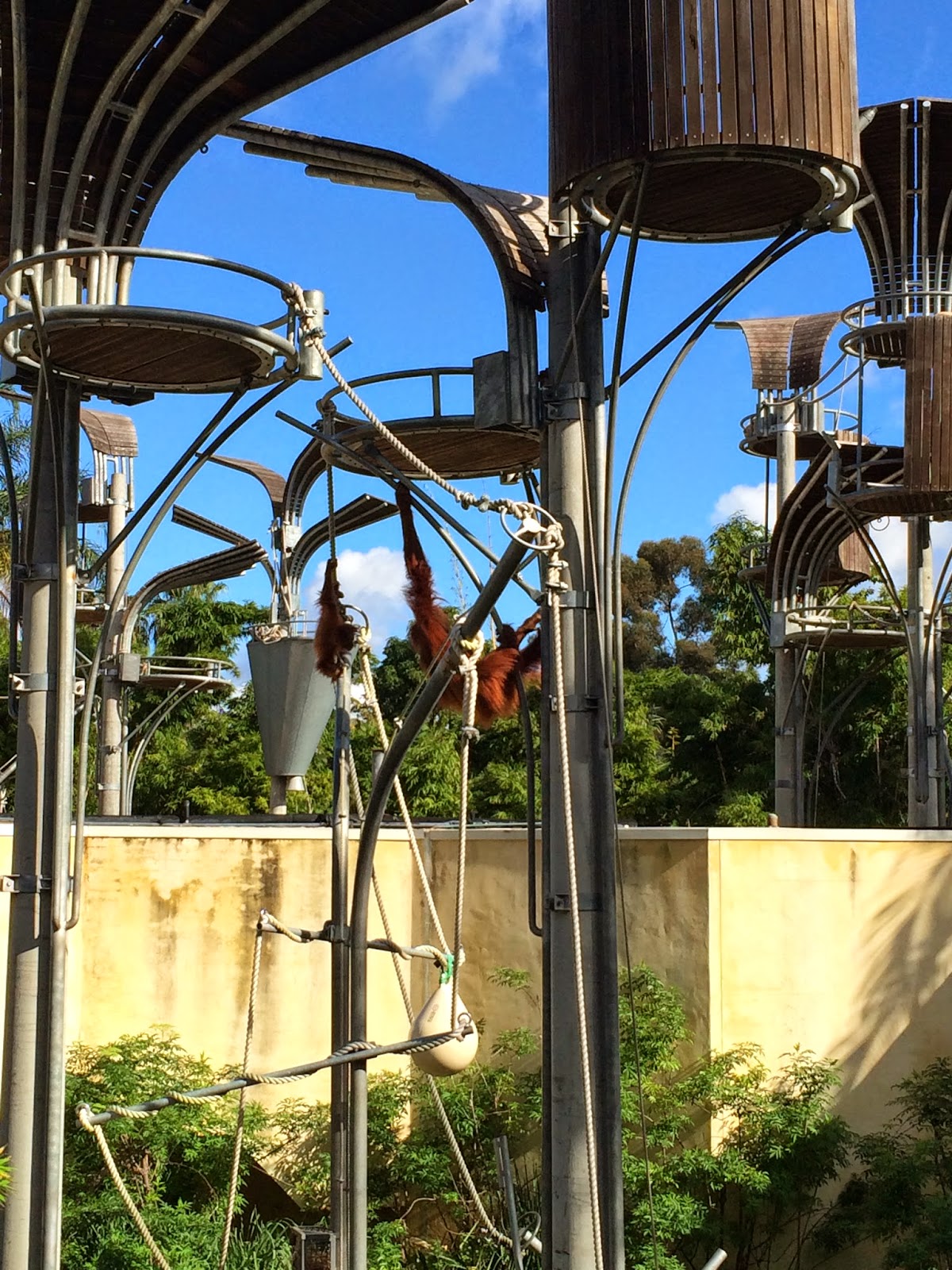 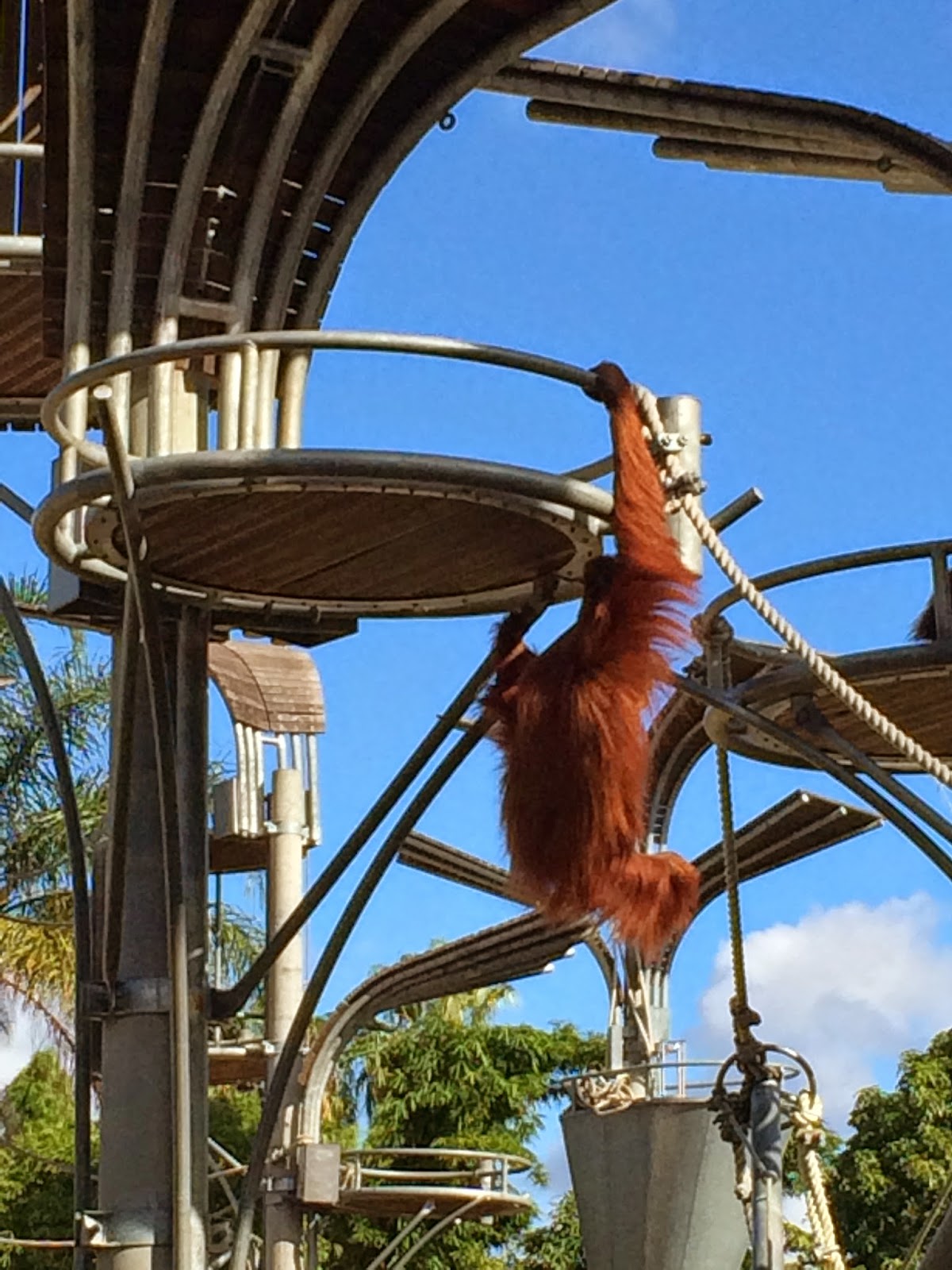