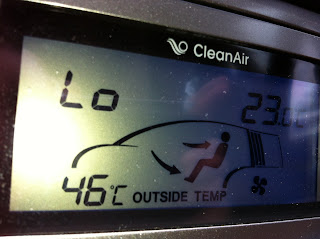 The temp was a smoldering 46 degrees a couple of weeks ago, so I decided to take my crew to one of the many water parks Perth has to offer.  Although it's a little bit of a drive from where we live, I chose Maylands Waterland, because I wanted something simple and inexpensive.  There was even a voucher for one free entry in my KidzaBuzz book.

If getting wet on a hot day is what you're looking for, then this is a great place to visit.  It is better for younger children age 6 and under.  I brought my 12 year old daughter, my 9 year old son, and my 3 year old son. The big kids had fun playing with their little brother, but without him there, they would have been lost. 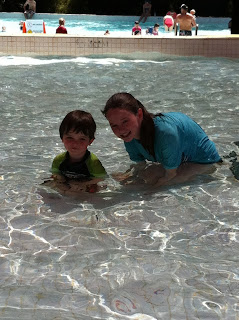 There was one larger splash pool, and three smaller, shallower pools. There was also a fountain to run through, and a winding stream with a "waterfall".


The grounds were clean and well kept with plenty of trash bins.  There were several benches and shaded picnic tables available, but it's a good idea to bring your own beach chairs and/or picnic blanket.  There was one section on the grass with a large shade sail where we set our "camp". 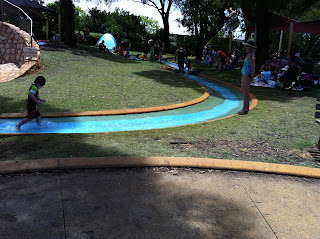 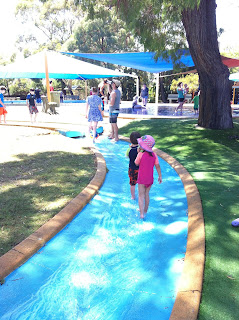 The downhill,winding stream was a big hit with my boys.  Up and down the ankle deep "brook" they went, over and over again.


I found that most parents looked after their little ones.  However, there were a few incidents with unsupervised children.  The staff made an announcement that children under age 6 must have direct supervision at all times.

Besides splash pools, there were several play structures and a miniature golf course ($3.50 per person) available in the park. We didn't play miniature golf when we visited because it was so hot, and there was very little shade in that area. 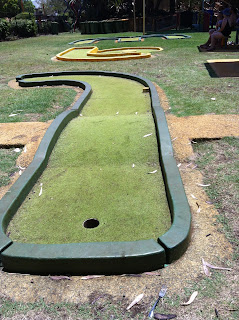 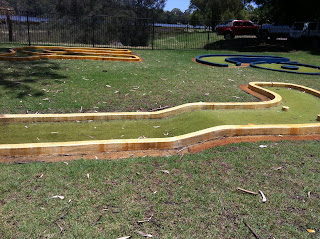 As you can see, the grass areas are dry and worn down in some spots.  The grass and dirt inevitably ended up in the splash pools, but there was really no way to avoid it.  I saw the lifeguards sweeping out the pools while we were there.

Another not so great thing to keep in mind is the possibility of mosquitoes.  Maylands Waterland is near the banks of the Swan River, and apparently there has been a "mosquito breed out" warning for that area.   We were lucky, and didn't have a problem the day we visited. 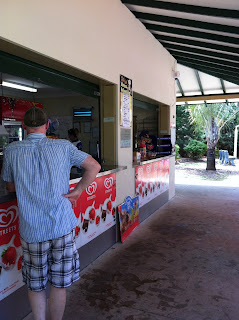 There was a kiosk with a good selection of snacks including ice cream, candy, cold drinks and sausages.  Bringing your own food and drinks was also an option.  There were BBQ facilities available as well.

The kids had a great time, and we achieved our goal of keeping cool, all for about $10.  Maylands Waterland was a terrific way to spend a couple of hours on a hot, Perth morning.