On our third day in Bali, we hired a driver for the day to show us around outside our resort.  Just $50 dollars (AU) earned us a private car and driver for 12 hours! 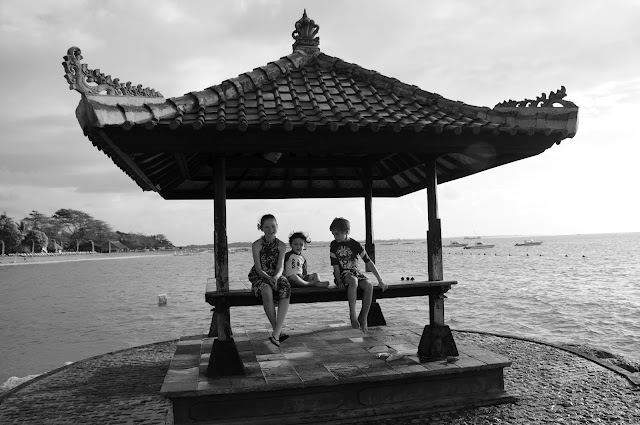 Bali is so rich in culture, art, and religion.

We stopped at a batik/weaving factory, a silversmith, and a painter's gallery.  We saw artists actually weaving, batiking, making silver jewelry, and painting canvas.


The Hindu religion is fascinating, and exploring the temple was a learning experience for us.  We had to put on sarongs before entering the temple.  Hagen was less than thrilled.  His was more like a little sash, and he wanted a skirt like Everest's!
﻿﻿ 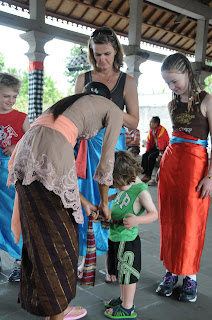 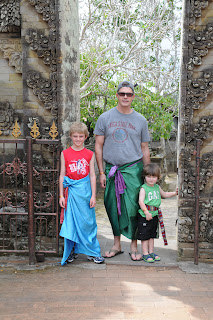 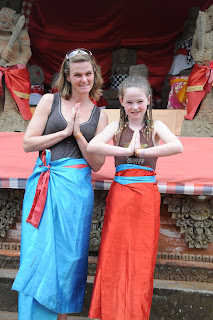 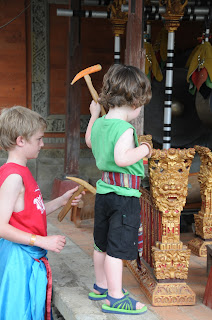 After touring the temple, I took the opportunity to tell our driver about our church, and our Lord, Jesus.  I asked him if he believed in reincarnation, and he said yes.  I asked him what he hoped to come back as (I know, very bold), and he laughed and said when he comes back he wants to be born into a rich family.  I let it go at that, but said a prayer for him to my God.  :)

Next, we drove to a coffee plantation to eat the lunch, and to see where, "the most expensive coffee in the world" is made.  Apparently this little weasel looking animal, the kopi luwak , eats the "best"  berries from the tree, and poops them out.  Those same berries are washed, then roasted into the world's best coffee.  We were able to sample the coffee, tea, cocoa, and chocolate.  It was delicious.  It was an absolutely beautiful place to have lunch.  We fed our leftovers to a skinny little kitty my kiddies adored. On the way to our car, we were all but accosted by the vendors.  They crowed us like the paparazzi, and the kids said they felt like Justin Bieber.  I've never seen anything like it.  We ended up with a really cool toy bike for Hagen, and some pencils with wood carved toppers for McKinley. 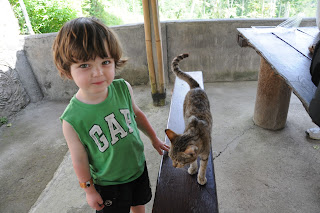 ﻿ ﻿Three or four hours into our tour, we reached our ultimate destination, the volcano.  The kids and I were not sure we would ever make it there, but Mark was so happy when we did!  I told him, "you've finally seen your volcano, now we don't need to do this again!" It was beautiful, and it was fun to buy stuff from the relentless vendors, but 3 hours on the winding, crowded roads with the three kids was too much.

Now for the journey home... 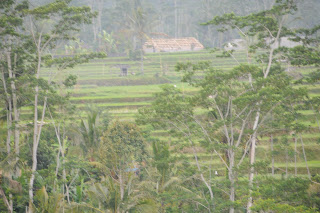 The rice paddies were absolutely gorgeous! 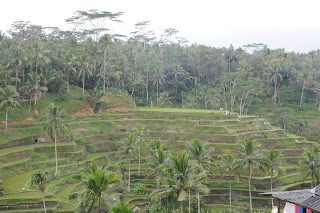 The monkey forest in Ubud was our last stop, and also our favorite.  We had been warned that the monkeys could be quite bold and that they would come up and grab things from you.  We didn't realize however, that there was a good chance of getting bitten.  And McKinley was the unlucky one to find this out!  I am half glad we didn't know this ahead of time, or we never would have gone.  McKinley was a trooper though, and said she would not have traded that experience.  (Just for the record, we had the bite cleaned and checked out at the monkey forest, then again twice by the hotel nurse.) 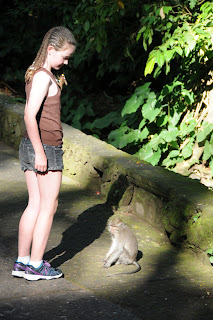 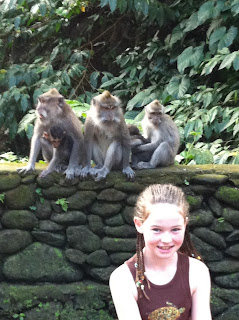 As wonderful as our tour was, I actually cried when we got back to Grand Mirage.  They were tears of pure joy and relief!  It took us an hour longer to get home than expected due to traffic.  I was so exhausted from entertaining Hagen in the car, and I was ready to hit the buffet, and the mini bar.

And that's just what we did!

Some more sights from our drive... 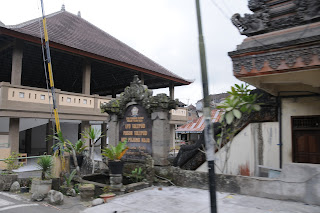 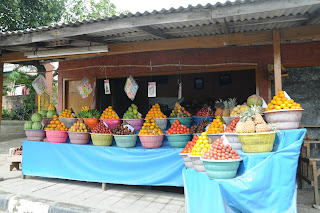 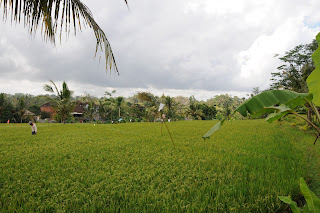