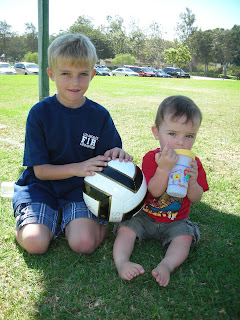 What a terrific day!  Everest and McKinley both won their games... Everest scored a goal, and McKinley played awesome all around the field as a goalie, defender, and forward.  Hagen held his own cup of water on the sidelines as he cheered them on.  He is definitely another future soccer star as he is already practicing moving the balls all around. 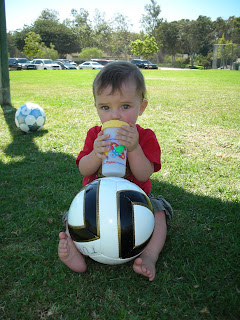